Twitter has released a free app that allows those with an Android OS-powered smartphone to use its social-networking service.

This goes beyond enabling users to read and post tweets; it is also includes a home screen widget, users can view a tweet location on a map, and tweets from friends show up in the phonebook, GoogleTalk list, or any application that uses Android’s QuickContact bar. In addition, users can share any link or photo over Twitter with Android’s Share function.

Availability
The official Twitter app is available for phones running Android OS 2.1. It can be found in the on-device Android Market or by scanning the barcode to the right.

Those with earlier versions of Google operating system can turn to the myriad Twitter-compatible apps in the Android Market, or by visiting mobile.twitter.com with a web browser. 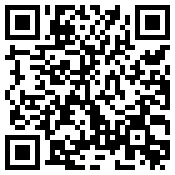 Google will be making the the code used in this app open source in the near future.

Multiple Smartphone Version
Twitter has clearly gotten serious about having people use its service on smartphones.

Last month, the company introduced a public beta of an official BlackBerry version. This was quickly followed by an announcement that the company is acquiring Tweetie, an already available app, which will become the official version for the iPhone.